A quick summary of my coaching qualifications. For more about me, please see My Journey below as well as Coaching Philosophy.

* The "Master" Rating is the highest rating available to any professional figure skating coach in any discipline. Ratings are awarded by the Professional Skaters Association and achieved through a combination of written and oral examination, and coaches must maintain a minimum of 28 educational credits over a three-year period in order to maintain their rating. For more on ratings please see this discussion within Choosing a Coach.

Over the years, I have often been asked about my background as a competitive skater and coach. Following is an abridged version of the story for those who might be interested. 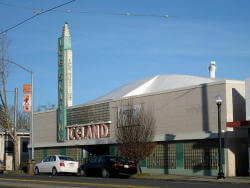 There is a certain irony in the fact that my parents, who were New York natives, moved to California when my brothers and I were young. They headed west in large part because they weren't fond of the cold and snow of the northeastern United States and preferred the warm weather and sunshine of California. Little did they know how much of their lives and mine would be spent not by the pool, but instead in the frozen mists of ice skating rinks around the country.

At the time, the only skating rink in town was Iceland, a small but historic rink on Del Paso Boulevard in Sacramento. Having watched the Olympics on television, I was determined to try my hand — or feet, if you will — at skating. So, at age 11, I took my first tentative steps onto the ice. Almost immediately, I was hooked. My parents were supportive but insisted I could only skate if I kept my room clean. If they thought this might dissuade me, they were badly mistaken. And as it became increasingly apparent that my interest was both serious and sincere, and that I possessed a certain natural aptitude for the sport of figure skating, arrangements were made for me to take my first private lessons with the rink's owner, Bill Kerth.

Not too long after that, I made my first trip to Colorado Springs and the Broadmoor World Arena on the grounds of the Broadmoor Hotel, which was truly the center of the figure skating world. That trip opened my eyes to the possibilities of the sport and made me a competitor.

Due to the limitations of Iceland and its coaching staff, my parents began driving me to Berkeley three times a week for practice and lessons with two-time World silver medalist and Olympic competitor Tim Brown. My dad would get up early in the morning, drive me to the Berkeley rink, drive back to Sacramento for a full day's work, then return to Berkeley in the evening to pick me up. 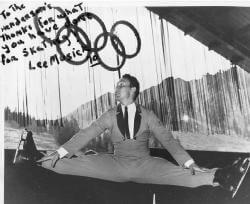 By now, at 13, I was starting to advance quickly through my skating tests, and I was eager for the opportunity to work with another coach, Lee Musick. So my dad then began driving me to Berkeley for lessons on Saturday morning, then over to Burlingame in the afternoon for more practice and more lessons. Soon I was staying overnight in Burlingame with one of the local skaters so I could skate on Sundays as well. I returned home by myself on Sunday nights by taking a city transit bus to San Francisco and then catching a Greyhound bus back to Sacramento. Though my parents rarely if ever complained about this demanding schedule, I eventually moved in with a family in Burlingame so I could skate and attend school without the constant back and forth. 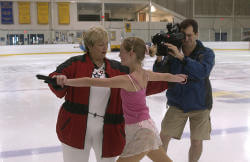 The following summer, I returned to the Broadmoor in Colorado Springs, skating six hours a day with many of the best skaters in the country, if not the world. I took lessons from 1960 Olympic Bronze Medalist and 1962 United States Champion, Barbara Roles, whose pupils have included Lisa-Marie Allen, Wendy Burge, Nicole Bobek, and many others. I then followed her to Los Angeles in the fall and lived and trained with her for the next year.

The following season, I returned to the Broadmoor. This time I stayed at Beatty Hall, a dormitory for skaters in training at the Broadmoor, and attended Cheyenne Mountain High School while training with Coach Jack Raffloer. Again, the Broadmoor provided a fascinating training environment, with top coaches and skaters from all over the world training there on a daily basis. 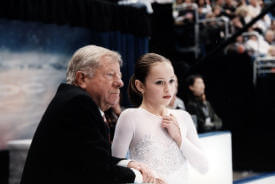 At the end of the competitive season, I returned to Sacramento, where a new ice arena, Ice House, had just opened. While that made practice easier, the coaching staff at Ice House was limited. Having just earned my US Figure Skating Gold medal in figures and freestyle, I needed more advanced support, so I made twice-monthly trips to Los Angeles to train with 1953 World Pairs Champion John Nicks, whose skating pupils have included Peggy Fleming, pairs team Tai Babilonia & Randy Gardner, Kristi Yamaguchi, and Sasha Cohen. I also traveled to San Diego to work with choreographer Terry Rudolph. The following summer, I moved to Los Angeles to train with John Nicks.

Eventually, and somewhat reluctantly, I began to see that my best competitive days were behind me, and so I returned home to Sacramento and began my undergraduate work at Sacramento State, focusing on a degree in Coaching and Sports Management. While continuing to skate, I also became involved with Sacramento State's Modern Rhythmic Gymnastics team and traveled with them to Boston to compete in the National Championships. 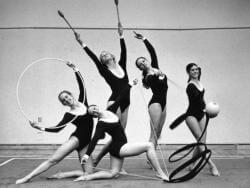 Soon I began to coach, first at the city arena in Marysville, then at Ice House and Birdcage Walk Ice Arena, where I met my husband. But while I was no longer competing as a figure skater, the juices were still flowing. And so it wasn't long before I was back on the road, this time enlisting my husband to drive me to Berkeley once a week or more after work to train and study Ice Dance, eventually becoming a US Figure Skating Gold Medalist in that discipline as well. 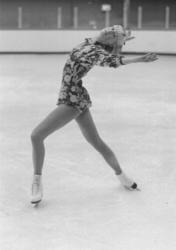 Coaching soon became my outlet, but I had a lot to learn about teaching and joined the Professional Skater's Association in order to take advantage of the conventions, seminars and other continuing education programs. Later I began taking Rating Exams, sitting for lengthy oral exams during which top coaches quizzed me at length about technical requirements, techniques and teaching methods critical for each discipline. Having my knowledge and ability examined and ultimately rated by coaches like Frank Carroll, who was an examiner for my first Master exam, was intimidating, but it also forced me to learn more about teaching and improve on my weaknesses. I eventually earned the PSA's top rating, Master Instructor, in figures, freestyle, and Moves in the Field. Later still, I became a rating examiner myself, a capacity I still serve in today.

I'm not going to detail my students' many accomplishments, largely because I have worked with so many individuals over the years and my records (not to mention my memory) are deplorably incomplete. Instead, let me summarize this way: I have taken skaters from their earliest steps all the way through the Senior Level, and have had several students earn US Figure Skating Gold Medals in figures, freestyle, ice dance, and more. Skaters have traveled from as far away as Japan, Hong Kong, and Switzerland to work with me, and one of my students recently became only the 30th skater in ISI history to pass the challenging Freestyle 10 Test. In addition, I have coached at the Regional, Sectional and Junior National Championships, the Synchronized Skating and Adult National Championships, and assisted at the US Figure Skating National Championships.

It's been a great ride, and I can't wait to see what happens next ...

A feature article about me from the Sacramento Bee.

Another brief feature article about me from Sacramento Magazine.

A feature article from the Sacramento Bee about a young skater I barely remember. I mean, who is that young lady? 🤣

Three young skaters from Iceland. My friend Amy Brosseau is on the left, I'm in the center, and Tammy Gambill is on the right. Amy went on to other things, while Tammy became a well-respected coach with several national and international competitors.

Believe it or not, of my parent's four children, I was the shortest one.